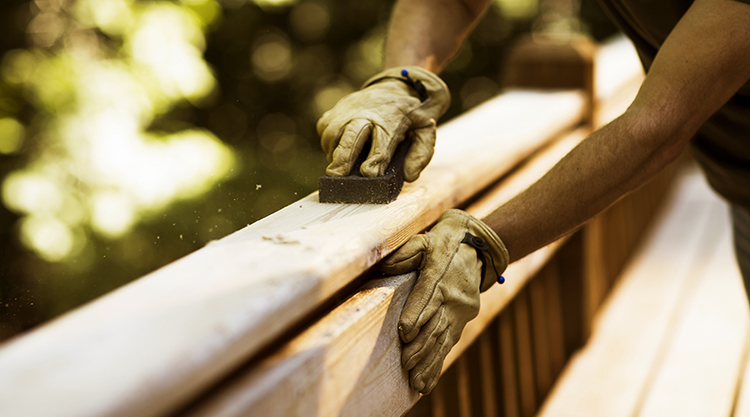 Whether you’re building a fence, a backyard gazebo, or an outdoor kitchen, it’s important to understand that it’s not just a physical process. Half of it is mental. Knowing it’s a journey to the final backyard vision will help you be prepared.

Take the example of a new deck. After finishing the design, your contractor will apply for a building permit. Once the permit has been granted, holes for post footings will need to be dug, concrete placed in them, the posts and frame erected, and the decking, railings, and trim installed. Most of these steps include sub-steps, the number of which varies according to the project’s size and complexity. The local building official will also need to inspect the work during this process.

To avoid surprises, it’s important to talk through these steps with the contractor. Washington, DC-area builder David Lupberger learned that lesson on the first day of a 2600-square-foot deck project. The homeowner returned after work and gasped in shock at the holes dug in the yard for post footings. “To the client, it looked like an artillery range,” said Lupberger. Now he makes sure that homeowners know exactly what is going to happen next.

If the contractor doesn’t take the lead in this type of communication, then you need to do so. “It’s perfectly reasonable to ask for a schedule and a regular progress meeting to go over the next steps in the project and to ask questions,” says Lupberger. A professional contractor will be happy to accommodate that request and will understand that clear communication benefits everyone.

Chances are the project will follow the plan you and your contractor have discussed. But it’s impossible to foresee all potential problems. When replacing an old deck, if the original ledger (the connection between the deck and the house) wasn’t properly flashed, that raises the chance of rot in the walls. Those walls will need to be repaired. Or if the contractor will be anchoring the rafters of a new arbor to an old roof, that requires weaving new shingles in with the old. If the old shingles are too brittle, it may be necessary to replace more shingles than the quantity in the original proposal. In extreme cases, the shingles might be so brittle that the entire roof needs replacing. If you know what the possibilities are, you will be prepared if they materialize and pleasantly surprised if they don’t.

Be aware that some problems aren’t so easy to spot. You may add a deck to a blank wall that looks and feels solid, only to discover during the build that the wall framing has been rotting because of an unknown roof leak. Or the contractor may take every possible precaution regarding underground obstacles, including asking local utilities to mark the locations of gas, electric, and water lines, only to run into something that wasn’t marked. And while it’s extremely rare, finding a sinkhole has happened.

Most homeowners are grateful when a contractor finds these problems, but the extra expense can stretch a tight budget. That’s why a lot of contractors suggest that homeowners have a 15% cash reserve over and above the contract amount.

The Exception, Not the Rule

The good news is that unexpected problems only happen in a small number of cases. But good communication and proper planning will go a long way toward making your project a great experience.

Find inspiration, building tips, and ideas for your next project.

How to Choose a Contractor

Do You Need Design Help?

Gather Round the Fire